With hospitality being in our blood, we stand for change. The owner Franz is a descendant of a family of publicans who have run for several generations hospitality businesses in the town of Waging am See. With much personal commitment, he perpetuates together with his wife Stefanie the eighty-year family tradition in his very own distinctive style.

“To me it seemed always self-evident that I would continue the tradition“, says Franz Tanner. Many things have changed since the opening of the inn with its apartment house in 1995. To say it in other words: the owner Franz and Stefanie (who is called Steffie by everyone) have put their heart and soul into the Landhaus.

Although being deeply rooted in their homeland, they adopt an innovative approach in everything they do. Thereby, they have developed the Landhaus step by step into a retreat of timeless elegance. Harmony with nature and enjoyment are major features of the Landhaus Tanner.

Being a passionate cook, Franz Tanner manages the kitchen of the Landhaus as its creative and inventive head chef. Steffie’s work is also invaluable. She looks after the guests with cheerfulness, commitment and warm-heartedness. The husband and wife team surprise the guests always with new lovely details. Welcoming and looking after the guests is for both not a mere lip service but a true passion. Their son Franz-Xaver will sooner or later take the management over from his parents. 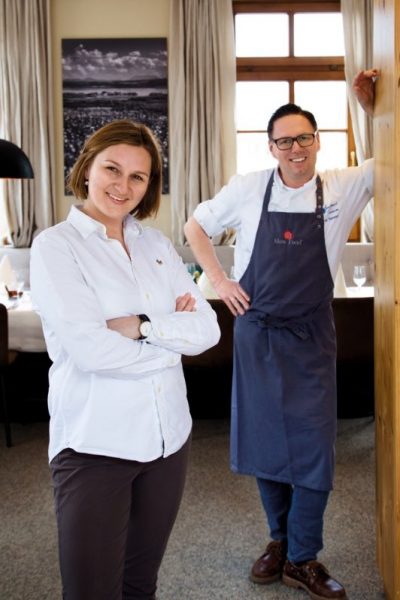